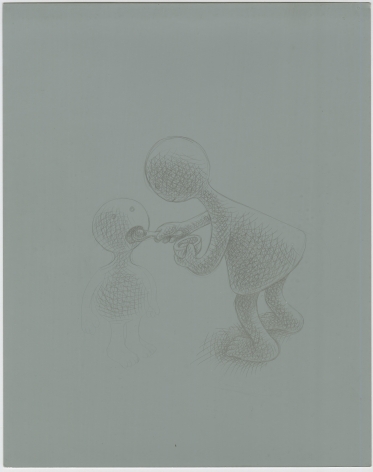 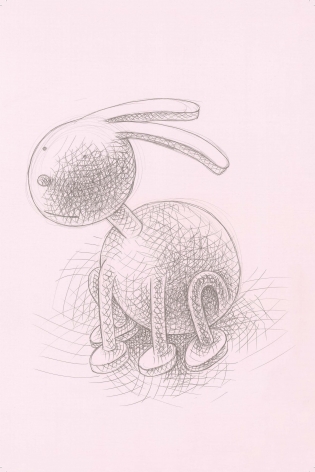 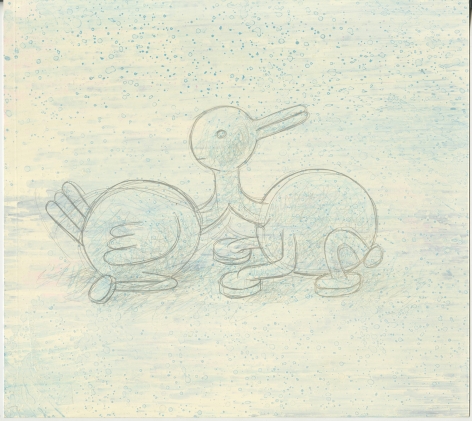 For press inquiries please contact Zoe Milgram at (212) 541-4900 or press@marlboroughgallery.com

NEW YORK, NEW YORK: The Directors of Marlborough Gallery are pleased to announce Metal on Paper: Silverpoint, Copperpoint, and Steelpoint Drawings, an exhibition of works on paper and new stainless steel sculptures by Tom Otterness. The exhibition will open on Wednesday, September 16, and will continue through October 17, 2015. To create the silverpoint, copperpoint, and steelpoint drawings that make up the exhibition, the artist draws with metal on prepared paper. His stylus leaves permanent metallic traces on paper that has been treated with clay, ash, and pigments, creating a sandpaper-like surface. Using the rarified technique of masters such as Albrecht Dürer and Leonardo Da Vinci, Otterness brings his own considerable skills as a draftsman, character maker and social commentator. The artist’s familiar lively beings who are frequently nudged by the angst of the everyday are given fresh form. In these metal on paper works, the sculptural and the graphic become enduringly united. In addition to the metal drawings, two sculptures in stainless steel mounted on limestone plinths, The Secret and Rabbit, (both 2015) are being debuted in the exhibition. The floppy-eared rabbit is a new character from the artist’s ever-expanding menagerie, but everything from its flat feet to its facial features are quintessential Otterness. The characters in The Secret are caught in the act of innocent whispering and gallery visitors are implicitly invited to listen in on the tale being told. Metal on Paper: Silverpoint, Copperpoint, and Steelpoint Drawings is his first exhibition to focus on drawings in over thirty years. Sculptures by Tom Otterness are in the collections of numerous museums including The Museum of Modern Art (MoMA), New York; The Whitney Museum of American Art, New York; Israel Museum, Jerusalem; The Miyagi Museum of Art, Sendai; Beelden aan Zee Museum, The Hague; and Institut Valencia d’Art Modern (IVAM), Centro Julio Gonzalez, Valencia. Commissioned public art projects include the United States courthouses in Minneapolis and Sacramento, an extensive installation at the Governor Nelson A. Rockefeller Park in Battery Park City, Life Underground in multiple areas of the MTA 14th Street A-C-E-L subway station in New York City, The Marriage of Real Estate and Money at New York City’s Roosevelt Island, Time and Money in Times Square, and Other Worlds at Hamad International Airport, Doha. Otterness, originally from Wichita, Kansas, has been a New York resident since the 1970s. He works from a studio in Gowanus, Brooklyn. An illustrated catalogue will be available at the time of the exhibition

For press inquiries please contact Brittany Piccuirro at (212) 541-4900 or press@marboroughgallery.com