The Museum of Modern Art
For Immediate Release
July 1987
PROJECTS: TOM OTTERNESS
July 23 - October 13, 1987
The Museum of Modern Art's PROJECTS series moves outdoors this summer with
an installation by American artist Tom Otterness in the Abby Aldrich
Rockefeller Sculpture Garden. Organized by Linda Shearer, curator in the
Department of Painting and Sculpture and director of the series, the exhibition
consists of Otterness's large-scale bronze and Cor-Ten steel sculpture, The
Tables.
Otterness's work first began to receive public recognition in the early
eighties with his white plaster friezes depicting plump, comical "doughboys"
that act out the sociopolitical turmoil of a fictional society. By 1985 he
added toylike figures, both humanoid and animal, which continue to explore the
artist's favorite themes of love and war, creation and destruction.
The Tables, begun in 1986, is his most ambitious undertaking to date. The
work consists of three oversized, steel picnic tables, populated by more than
100 bronze objects ranging 1n height from three inches to three feet. Although
unusually monumental—the entire sculpture is thirty-eight feet long—the
familiar nature of the picnic table invites visitors to sit on a bench and
enter the sculptural drama of Otterness's fantasy world. Ms. Shearer writes in
the brochure accompanying the exhibition, "Like Swift and in similar symbolic
language, Otterness gives us a fairy-tale model of a civilization 1n
devolution."

- more -- 2 -Ms. Shearer continues, "The struggle between good and evil and, more importantly, the ambiguity with which it resounds, lie at the core of Otterness's work. As we sit down at these bedeviled picnic tables, the feast before us reminds us of the follies and absurdities that have blighted all civilizations, past and present." Tom Otterness was born in 1952 in Wichita, Kansas, and trained at the Arts Students League of New York and the Whitney Museum of American Art's Independent Study Program. While working as an experimental filmmaker in the late-seventies, he became active with Collaborative Projects, Inc. (Colab), an artist's organization committed to political involvement and social change. Since 1983, he has had three individual exhibitions at the Brooke Alexander Gallery, New York, and one in Cologne, West Germany. His sculpture has also been included in a variety of group exhibitions here and abroad. PROJECTS, a series of exhibitions devoted to the work of contemporary artists, 1s made possible by generous grants from the National Endowment for the Arts, the Lannan Foundation, and J.P. Morgan and Co. Incorporated. A second exhibition, PROJECTS: MICHAEL YOUNG 1s running concurrently in the Museum's Garden Hall Gallery through September 7, 1987. * * * 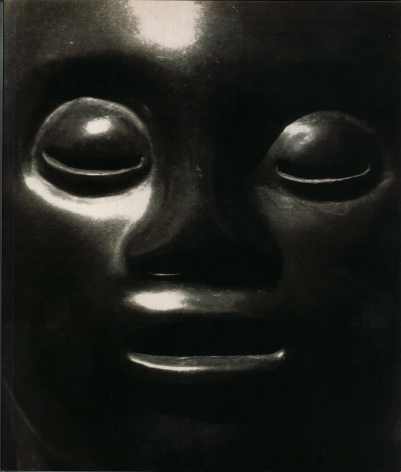